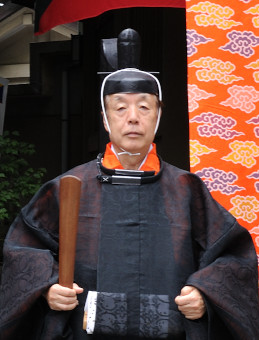 Thank you very much for visiting the website of Togo jinja. As Togo jinja, there are three major things that I want to cherish in recent years.

First, “Succession of nature to the next generation”. In the center of Tokyo, in Harajuku, Shibuya-ku, there is a vast coral and pond, and untouched nature remains in this place. In spring, warbler cries, kingfishers bathe in Kamiike, and in summer you can see beetles. It is a scene that cannot be touched in the city center. We will protect places where people can interact with nature, including kindergarten children in the precincts. I think that is also an important social contribution.

Second, “Transfer Japanese culture to the world”. In recent years, huge numbers of foreign visitors come to Japan. Most of them visit our jinja not only as a tour but also as worship. The number of worshippers is increasing year by year. Our deity, Togo Heihachiro, studied in the UK for seven years and had a very strong relationship with the world. That’s why we want to be an open jinja that conveys various cultures to people all over the world, such as Shinto, Japanese weddings, and traditional Japanese cuisine.

Third, in Harajuku, where Togo jinja is located as “a place that protects and relies on people in case of emergency,” 300,000 people from Japan and overseas come in on weekends. Because Harajuku is the place where many people gather, we would like to continue to be everyone’s emergency evacuation site and spiritual home in the event of an emergency such as the earthquake or national disaster.

We will continue to be a jinja that contributes to people and society forever.